Diablo Gazette November 2019 Article – A Victim of CIA’s MK-ULTRA: The Shaman Boy Who Protected Us 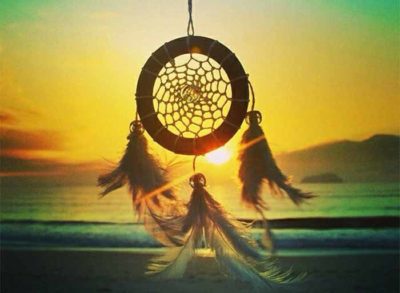 A series of articles on my childhood experiences in the MK-ULTRA program are appearing in The Diablo Gazette. Below is the third article by David King and Bill Yarborough.

Bill Yarborough of Clayton has lived a successful adult life, working for a large public accounting firm and then in the financial industry. He has served as president for two non-profits and has written a novel, for which he is seeking publication. Although it is fiction, it’s inspired by his real-life experiences, which are far from normal.

In the September and October issues of the Diablo Gazette, Bill recalled his time as a young child, age four, in what he concluded was the CIA’s notorious MK-ULTRA program, an experience he endured with his younger brother and older sister. He also described the startling manner in which their repressed memories arose.

MK-ULTRA was a secret mind control project operated by the CIA in the 1950s and early 1960s. The New York Times first exposed it in 1974, and a number of government and journalistic investigations followed. Stephen Kinzer’s recent book Poisoner in Chief contains shocking details about Sidney Gottlieb—the head of MK-ULTRA. The book was favorably reviewed by The New York Times, The Wall Street Journal, and NPR’s Fresh Air.

MK-ULTRA experimented on adults, college students, and children. Among other things, the goal was to program humans by putting their minds into a state of shock by using electroshock, drugs, isolation, psychological assault, and other traumas. It took 30 years before Bill and his brother and sister cracked open the Pandora’s box of repressed memories, an awakening that began in the 1980s. Here is the story of how his childhood traumas affected his life and how he began to heal.

I’m often asked how much my childhood experiences in MK-ULTRA impacted me. They did so to a substantial degree.

Before I embarked on my healing journey, I was terrified of authority figures, sometimes breaking into a stutter in their presence and, on rare occasions, losing my capacity to speak altogether. I was convinced I’d never have an intimate relationship. In fact, simple social interactions made me uneasy, causing me to turn into a loner during certain periods of my life. I had a streak of paranoia, often fearing the worst possible outcomes. I was driven by unknown, unconscious forces, including an obsession to become President of the United States, which I later concluded was programmed into me.

Then there were my overreactions to situations I couldn’t understand. One evening I watched the 1964 movie The Manchurian Candidate and freaked out—unable to sleep the entire night with no idea why. It took enormous energy to keep my memories repressed, making concentration difficult and often leaving me exhausted.

So what did I do to heal? Although not fully healed, I’ve made significant progress. After my brother, sister, and I began to remember our repressed childhood traumas, I knew I needed help. The initial healing approach I used was psychotherapy. I was fortunate to have been guided by two great therapists, first in Texas, then in California. They helped me work through my memories—and led me through an array of healing techniques.

One key modality was hypnotherapy. There is a misconception that you do not have control under hypnotherapy, but I never found that to be the case. It simply puts you into a relaxed state, making it easier to get in touch with the issues troubling you. The version of hypnotherapy I liked best was Journey Work, where you travel back to a past experience, confront it, let out your feelings, offer forgiveness, then re-invent the experience as if it happened in a different and better way. It’s a bit like the visualization exercises some athletes employ to improve performance.

There are other techniques such as EMDR, Reiki, and Emotional Freedom Technique, often called EFT or Tapping. Following the concept of Chinese acupressure, EFT involves tapping on a set of energy meridians to relieve emotional and physical issues. It is easy to use—and you can engage in it on your own.

Early in my healing journey, I had a life-changing breakthrough that turned out to be the most powerful healing event of my life. My brother, sister, and I spent a week of daily sessions with my therapist in Texas trying to sort through our memories of electroshock, drugs, isolation, sexual abuse, psychological assault, and other traumas—which we would later connect to MK-ULTRA.

In our final session, my therapist complimented us on our ability to withstand such shocks without becoming more psychologically damaged, emphasizing how difficult it is to survive such experiences without a contravening positive influence.

“I see no evidence that you had the help of such an influence during that time period,” he said. “so, you must be very strong individuals.”

I felt empty at the compliment as if it wasn’t true.

Emotionally fatigued from the session, I tried to take a nap as soon as we returned to my apartment, but couldn’t sleep. I kept thinking that there may have been someone in the program—perhaps another boy—who helped us. Later, I asked my sister if we could go on a drive together.

“How did you feel when my therapist made the comment we must be strong individuals.?” I asked a few minutes into our ride.

“Empty, false,” she said. “Deep down, I don’t believe it’s true. I’ve been dreaming all week of a mysterious boy. I wonder if a boy helped us survive the program?”

“Yes, I’ve been wondering that too,” I said.

Moments later, a terrifying memory arose. I recalled staring at the body of a dead boy on an altar who’d just been murdered. Overwhelming pain like a knife cut through me.

I stuffed the memory—and the accompanying pain—back down. But I’d experienced enough of the sorrow and its opposite, the boy’s simple love, that the moment was transforming. I suspected a memory also arose with my sister and told her I just recalled a boy’s murder.

“What did you remember?”

“A dead boy on an altar covered in blood.”

As with earlier repressed memories that surfaced, we compared specifics to make sure we had the same recollection. We did. And that night we mourned the death of someone we knew knowing about—other than his death had created an enormous hole within us.

As time passed, a picture emerged. I recalled he spoke Spanish and English, and I suspected he was from Mexico. That fit with my sister’s belief that he was an Indian and came from a shamanic tribe. We concluded he was older than we, maybe fourteen. We remembered he did his best to protect and comfort us. He also seemed to have shamanic gifts, using unique approaches to counteract our traumas.

Years later, I read Stephen Kinzer’s Poisoner in Chief and learned that MK-ULTRA was fascinated with the rituals of Mexican Indian shamans, particularly their magic mushrooms, which the CIA obtained for drug experiments and synthesized into psilocybin.

Other shamanic practices I remember included trance dancing and dream-like shamanic journeys, although those experiences by definition have a surreal quality. In the end, the most important thing he gave was love in a place where there was no love. Eventually, he was murdered when he tried to help us escape.

I believe the psychological damage inflicted upon my sister and me was significantly mitigated by the actions of this boy. Unfortunately, my brother, who was younger and more vulnerable, experienced more lasting and extensive psychological damage, typical of many other individuals who were children in MK-ULTRA.

A decade later, when I first heard of MK-ULTRA and its experiments on children, I read that not only American kids were placed in this program—but Canadian, Mexican, and South American youths as well.

The memory of the Mexican boy had a profound impact on me. For example, when my sister visited my brother and me during our week-long sessions with my therapist, she commented on my lonely lifestyle.

“I think you need to find someone with which to build a life.” Recently re-married, she wrote down the telephone number of a local dating service and suggested I call it.

Not in a thousand years, I thought. I had no interest in an intimate relationship. But the day after I remembered the Mexican boy, that changed. Later that week, I dialed the dating service and met my future wife within three months. A year thereafter, we were married and since she came as a package deal, with three children, I stepped right into a ready-made family.

There were challenges, of course, but it’s the best thing that happened to me. In the end, I believe the memory of the Mexican boy and the healing avenues I’ve followed have allowed me to live a rewarding life.