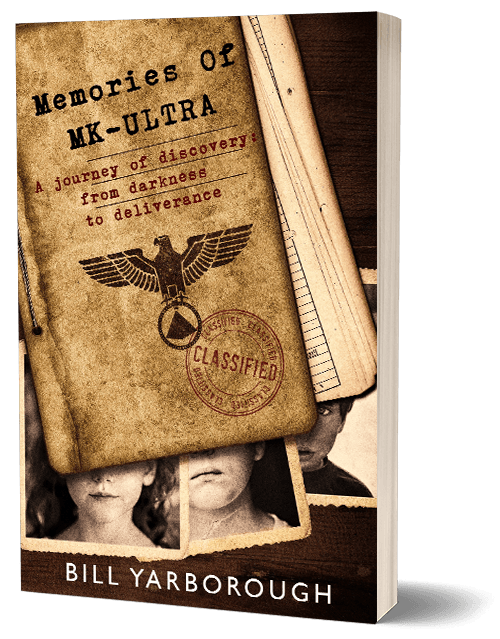 Welcome to Bill Yarborough’s website! Explore it and learn about Bill and his upcoming novel, Memories of MK-ULTRA—inspired by his real-life experiences as a child in the CIA’s MK-ULTRA program. Bill is now working to obtain a publisher. Looking to learn more or be notified of the novel's publishing date? Contact Bill.

Memories of MK-ULTRA traces the development of three siblings from their early childhood—marred by harrowing mind control experiences in the CIA’s MK-ULTRA program—through their coming of age during the turbulent 60s and into their early adulthood in the 1980s. As the story develops, an incredible chain of events uncover the dark forces shaping their lives . . . until an unexpected source of light appears.

Bill Yarborough has enjoyed writing for many years. Having retired from his day job in the financial industry, he is now focused on publishing his first novel, Memories of MK-ULTRA. The story is inspired by repressed memories from his young childhood where he, along with his brother and sister, recall undergoing experiments of the CIA’s MK-ULTRA mind control program. Bill is also working on a sequel to his first novel, and his short story “Night Mother” was published by Prolific Press in an anthology of short stories, Jitter Issue # 8. Bill also co-authors articles in The Diablo Gazette Magazine on emotional health.