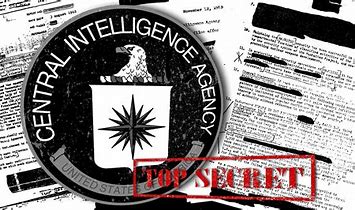 A series of articles on my childhood experiences in the MK-ULTRA program is appearing in The Diablo Gazette. I am delighted to participate in this series of articles. Below is the initial article by David King.

Bill Yarborough of Clayton has written a novel based on what he believes were his experiences as a child victim of the CIA’s notorious MK-ULTRA program. He is currently seeking a literary agent and hopes his efforts will meet with success. If he does not get a traditional publisher, he will self-publish. Although the novel is fiction, it is inspired by common memories between him, his brother, and his sister. Their recollections arose as repressed memories surfaced into their conscious minds, or through dreams, or other triggering events.

For those not familiar with MK-ULTRA, the CIA operated a secret mind control program beginning in the 1950s through the early 1960s.

The New York Times first exposed this program in December 1974 and a Senate Committee and other government investigations followed. Among other things, they discovered that the MK-ULTRA program was used to perfect interrogation techniques, to create split personalities for covert espionage missions, and to experiment with drugs on both willing and unwilling subjects.

Although MK-UTLRA experimented predominately on adults, it also subjected children to experiments.

IFLScience stated that “MK-ULTRA was an ambitious, morally corrupted attempt by a paranoid, pro-active agency, which escalated very quickly culminating in illegal drug tests on thousands of American individuals in the name of national security.”

“I believe we were placed in that program during the summer of 1958,” Bill begins. “I was four, my sister was eight, and my brother was two. We repressed these memories for 30 years. In the 1980s, we began to recall our buried past. We had common memories that arose of being kept in basement jail cells, as well as being subjected to electroshock, drugs, isolation, deprivation, psychological assault, and other traumas.”

The idea behind these practices was to put the mind into a state of shock, where it could then be reprogrammed.

In its obsession to defeat communism, the CIA even recruited ex-Nazi scientists to run aspects of this program. “In one experiment I recall, they asked me to draw as many squares as possible on a sheet of paper until an alarm clock rang. If I drew enough, I’d be given a candy bar, if not, they threatened to kill me.”

The siblings struggled to believe such things happened to them, but in March of 1995, The President’s Committee on Radiation experiments heard testimony about CIA mind control experiments on children. “It included testimony, which refers to specifics identical to the common memories we recalled.”

Unfortunately, Bill’s younger brother suffered lasting and extensive psychological damage. Like many other individuals who were children in MK-ULTRA, he spent a lifetime since the age of 23 diagnosed with a variety of mental illnesses before he died in his fifties.

Bill grew up terrified of authority figures, had a streak of paranoia, and an obsession to one day become President, which he later concluded was programmed into him.

He continues on his healing journey, having had years of therapy involving an array of techniques: psychotherapy, hypnotherapy, EMDR, Reiki, Emotional Freedom Technique (EFT and tapping), and Journey Work—where you travel back to confront past experiences and let out your feelings, offer forgiveness, then re-invent it as if it happened in a different and better way.

Other techniques like meditation, music, dancing, yoga, creative writing, journaling, and socializing all helped to mitigate tensions and/or supplement his healing journey.

“The rewards of my healing journey have been considerable. I’ve been able to do things I never thought possible: most significantly, to have a long-term relationship with my wife, to become a father, to no longer live in terror of those things that reminded me of my hidden past, and to break free of programmed expectations allowing me to develop into more of my authentic self.”

We may never know the extent to which the CIA and over 80 institutions conducted these experiments. Once The New York Times exposed the 14-year program, CIA Director Richard Helms ordered the destruction of thousands of pages of documentation.

Writing the novel has been therapeutic for Bill as well. While “Memories of MK-ULTRA” is being shopped for publication, Bill has offered to share his ordeal with The Diablo Gazette over the next several editions to the extent that decency and privacy are respected. Some details are simply too gruesome to convey and will seem, frankly, unfathomable.

I will leave it up to you to decide if his story is true or fantasy. Bill explains he wrote the story in fiction form because of his young age in the program but says incredible aspects of the story are based on his recollections and align with those of other child survivors of MK-ULTRA.

I have not yet corroborated his story and may not be able to do so completely, but I will say he was very convincing as he fought back tears on multiple occasions during our interviews.

Chapter one of the novel begins with the real-life scenario of how he and his sister were abducted while visiting a museum. The trauma continues from there, but Bill adds, “the novel is ultimately about healing and redemption, of lives lost, and then found.”