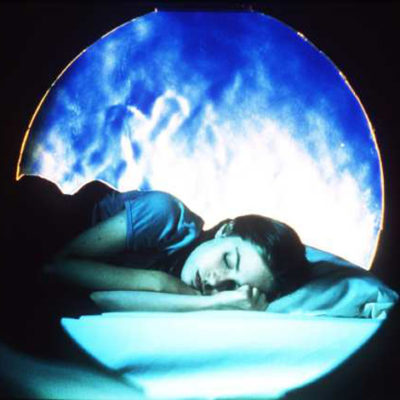 A series of articles on my childhood experiences in the MK-ULTRA program is appearing in The Diablo Gazette. I am delighted to participate in this series of articles. Below is the second article by David King and Bill Yarborough.

Bill Yarborough of Clayton has lived a successful adult life. He worked for a large public accounting firm and then spent years in the financial industry. He also served as president of two non-profits. He is currently looking for a literary agent for his novel. Although it is fiction, it is based on his real-life experiences, which are far from normal.

In September’s issue of the Diablo Gazette, Bill recalled his time as a young child, age 4, in what he concluded was the CIA’s notorious MK-ULTRA program, an experience he endured with his younger brother and older sister.

MK-ULTRA was a secret mind control program operated by the CIA in the 1950s. The New York Times first exposed it in 1974, and a number of government investigations followed. Immediately after the program was uncovered, the CIA destroyed thousands of MK-ULTRA documents.

Although MK-ULTRA experimented predominately on adults, it also experimented on children. The goal was to dehumanize human subjects by putting them in a state of shock, using drugs, isolation, psychological assault, electroshock, and other traumas, then reprogramming their minds. The experience was so dark that it took 30 years before Bill and his siblings cracked open the pandora’s box of repressed memories, an awakening that began in the 1980s. Here is his story of that awakening as told by Bill.

“When our repressed memories first surfaced, they did not involve MK-ULTRA, but the disturbed behavior of my mother in the late-1950s.

It began in a startling manner. In my early 30s, I traveled from Dallas, Texas, where I lived at the time, to visit my older sister, in Connecticut. I’d been there a few days when, during the early morning hours of April 10, 1986, she woke me up from a deep sleep. She looked scared, and I shot up in bed thinking someone was trying to break into her house.

She said that she had a vision and that a voice told her she needed to give me a message. The vision explained that she, our younger brother, and I had all blocked out a part of our past when we were young children.

‘It’s the most important thing that ever happened to us,’ she said, ‘and we blocked it out completely.’

At that moment, a picture of our mother flashed through my mind, wild-eyed, holding a large knife. I felt the terror I must have experienced at age 4.

I asked my sister to describe her vision.

‘It came in a blaze of light with a voice that said we were at an enormous crossroads in time, and if I remembered our blocked-out past, our lives would move in a new direction. But if we didn’t, then we’d  continue down our current path, a dark path.’

She had my full attention now. She couldn’t recall any memories, but the voice told her to tell me and I would.

I couldn’t bring myself to mention the image of my mother holding a knife just then. I was exhausted.

My sister said good night and left me to my troubled thoughts. The haunting image of my mother with the knife swirled through my mind.

When I brought the image up the following morning, it didn’t trigger an immediate reaction from my sister. I offered more details and mentioned that the three of us were lined up in a row in the dining room, and our mom came at us with a large knife. My sister’s eyes flashed, and she blurted out, ‘I remember that.’

She suggested I avoid providing any more details until we both fleshed out our memories as best we could within our minds. Later, we compared notes. When we agreed on specific details, such as the lighting in the dining room, the precise area we stood, and what our mother said, we realized we had the same memory.

We used this same confirmation process for a number of other repressed memories that surfaced regarding our mother. Based on her actions, we suspected she was in a psychotic state in the fall of 1958. She lashed out violently for no apparent reason, spent long hours staring blankly ahead, and fed us dog food. We later realized this trauma occurred shortly after we had left the MK-ULTRA program, although, at this point in our lives, we hadn’t yet recalled our time with MK-ULTRA.

We decided to discuss the memories of our mother with our younger brother. He suffered a mental breakdown nine years earlier, at the age of 23, and had to be hospitalized periodically for psychotic episodes.

We wondered if these traumatic memories had caused or contributed to his difficulties and hoped that addressing them would help.

My first attempt to discuss this issue with him in general terms did not stir up any memories. The second time we discussed the knife incident in more detail under his psychiatrist’s supervision, he suddenly remembered it, contributing specific details of his own that matched our memories.

Interestingly, he never had another psychotic episode requiring hospitalization after that.

However, following our initial discussion, he confronted my mother about her actions. She vehemently denied it at that time, but over a decade later, she approached me and said the event slowly came back to her. When she described the scene, it was identical to our memories. She explained she was deeply troubled during that period, something that both my father and grandmother confirmed.

When I talked to my father about my mother’s disturbed behavior, he said, ‘Your mother was dark and hard to get close to in those days. I never left you children alone at night fearing she’d kill you. In the early 1960s, she improved, and my fears eventually went away.’

Two years later in 1988, we began to remember what I ultimately concluded were our MK-ULTRA experiences. We used the same confirmation process by withholding details from one another. Our memories often came to us in different fashions; mine, while consciously awake, my sister, while dreaming, and my brother, while in what his therapist called altered states of consciousness. However, our recollections were typically the same.

For example, one day when driving home from work, I remembered we were held captive in basement jail cells at a large and terrifying house we’d just begun to recall. When I talked to my sister next, I told her I had a memory of where we stayed. She said she had a dream of where we stayed too.

‘They locked us up in jail cells,’ I said.

‘My God, that’s what came to me in my dream,’ she exclaimed. ‘In the basement, right?’

When I asked my brother if he had a memory of where we stayed, he said, ‘They kept us in cages, just like monkeys in a zoo.’

It would be another ten years before we first heard the name MK-ULTRA, when radio broadcasts and online articles highlighted testimony given to The President’s Committee on Radiation Experiments in March 1995 from adults who were child victims of MK-ULTRA. It included testimony, which referred to traumas identical to our common memories, including subjection to electroshock, drugs, isolation, deprivation, and psychological assault.

Several years after our MK-ULTRA memories surfaced, I raised them with my father.

He and my mother were visiting my home, and when I caught him alone, I described the memories of the strange program we remembered.

‘I believe we were kept in jail cells,’ I said. ‘And we experienced drugs, isolation, deprivation, and occult rituals. Do you remember anything about such a program?’

My father’s face remained expressionless. Then he said. ‘I don’t recall anything about that, but it sounds like the kind of program your mother might have placed you into while I was in the Korean War.’

Surprised, I reminded him I wasn’t born while he was in the Korean War.

‘Well, I recall nothing about it,’ he said.

Then his expression changed. He glanced over his shoulders as if to see if anyone was listening and began to talk in a strange whisper.

‘You know, the people who ran that program were fine individuals. They just couldn’t control their dark impulses.’

He went back and forth like that. At times, in his normal voice, he claimed no knowledge, then at other times in that conspiratorial whisper, he let on that he knew something.

One goal of MK-ULTRA was to create split personalities. I couldn’t help but wondered if they had monkeyed with his mind, creating a subpersonality aware of our placement in MK-ULTRA while his primary personality was not. I’ll never know. Sadly, my father passed away a few months later, and we never had an opportunity to discuss this topic again.”